Fiela se Kind is a classic South African story and tells the story of incredible love which brings us together. It takes place in the 1890s and tells of Fiela, a coloured woman in the Klein Karoo who finds a white toddler on her porch. She raises him as her own child. Nine years later he is discovered and sent to what is believed to be his original family. The story, which plays out over 29 years, follows the journey of Benjamin, a boy who has two names, as well as the stories of Fiela and Barta, the women he calls Mom.

It’s a story of passion, intrigue, drama, intensity, and South Africa. But mostly, it’s about motherhood and love.

It has been reinterpreted in 2019 by director Brett Michael Innes and is currently in theatres.

Please introduce yourself to us, your background in the arts in South Africa, studies, etc?

My name is Wayne Smith. I’m 28 years old, from Pretoria. I’ve always had a passion for Drama and the Arts – though drama wasn’t offered at my school. I went on to complete a degree in Journalism at the University of Pretoria, before being roped into the Drama department, and from there I have never looked back! I finished my drama degree in 2015, did an honours in Drama and Film Studies the following year (2016), and for the last two/three years I’ve been trying to start a career in this very exciting, but competitive industry. I’ve appeared in a few small TV roles, and I’ve also done some work on stage, and on radio. I’ve also been working as a freelance magazine journalist for the last three and a half years as well. Acting is what I want to do though, and I can’t wait to continue telling beautiful, South African stories!

Fiela se Kind is a South African classic to say the least – I myself studied it in high school and my son did it in matric too.. and a movie was made in the late 80s. Would you consider this to be your breakout role and what was it like to do in a story as well known as this?

It is definitely a South African classic, and an Afrikaans literary treasure. As a high school set work, so many South Africans know and love the story. So for that reason, it was slightly intimidating to find out I had got the role. These would be massive shoes to fill! It’s my first film, and by far the biggest role I’ve ever had – so yes, definitely my breakthrough into the industry. I’m so unbelievably proud of the work, and I can’t wait for it to be out there for audiences to see. Working on such an iconic classic was both nerve-wrecking and intimidating. But, this film is not a remake – it’s a reinterpretation. It is an adaptation of the original source text, Dalene Matthee’s novel, rather than a remake of the previous film. The focus is different, and Brett (the director) allowed a space of freedom when it came to interpreting these characters. In fact, he asked us not to watch the previous film beforehand, as he didn’t want this to influence the work we were doing.

How did you prepare for the role?

A lot of preparation went into creating this character, months before even arriving on set. From a physical point of view, Benjamin looks completely different to Wayne, and it took over four months to grow my hair and beard out. I also met with Brett (Michael Innes, the director) and Zenobia (Kloppers – Fiela) beforehand to start working on the characters, and their relationship and bond in particular.

There are three different Benjamins in the film, played by three different actors: there is the infant Benjamin, the adolescent Benjamin (played by the incredibly talented Luca Bornman), and then older Benjamin. He is a single character, with so much history that is given in the source text. In order to create this bond, that existed a lifetime, Zenobia (Kloppers, Fiela – will link to the other interview) and I spent a lot of time on and off set rehearsing on our own. In these rehearsals, she performed scenes with me that she would have performed with the younger Benjamins – scenes with the infant, and she literally cradled me in her arms as she would cradle a baby, and performed her monologues to me; as well as some of Luca’s scenes, the scene where she baths him before he is sent to Knysna. What she created in doing this with me was a ‘recallable’ history for the character, and a closer bond with Fiela.

I also spent a lot of time on set with Luca, observing and monitoring some of his acting choices, and the mannerisms and nuances he was using in his portrayal of Benjamin. We got along very well off-set, and spent a lot of time travelling together, and staying on location together. He called me “future-me” and honestly, we loved sharing this emotionally rich and deep character.

Rather than seeing it as an additional challenge, these aspects gave me so much to work with in creating my interpretation of the character.

What interpretations of your own can we expect to see?

I think, in particular, the bond that we created between Benjamin and Fiela is unique, authentic, and based on real life emotional experiences that both of us as actors could draw from.

How would you describe the experience overall?

Life-changing! It is an honour and a privilege to have performed this role, and I hold this process and this journey so dear to me.

In general there is a lot of good South African and Afrikaans media being made.  (You were also in The Docket last year). Would you say this is true and can you elaborate on it?

Definitely. I think the South African film and television industry is at a great, and developing place. I think we are making quality work, that is both original (and in that way appealing to an international audience) but also challenging to our own audiences. I love that we are telling South African stories, and the visual quality of these films (and television, theatre, and performance in general) is outstanding and globally competitive.

The premise of the website is to celebrate those who tweak the golden thread of humanity (inspired by John Ritter who said in a 1976 interview that he wanted to be remembered as someone who tweaked the golden thread of humanity). In other words by the work that you do you touch people over generations, races, genders, nationalities – and touch their core). Is this something that inspires you or in other words motivates you?

Yes, definitely. I think we, as society, are in an incredibly volatile place at the moment, in general. With technology, things continue changing rapidly on a daily basis. You see it on social media, if you can keep up. Things seem chaotic, and frenzied all over the world. A lot of it is all a relentless and confused struggle for identity, similar to Benjamin’s. Drama, performance, and the arts are in a unique position to be able to change/question/challenge this, and encourage conversation and dialogue, and I’m so fortunate to be able to tell stories that offer social commentary and a little introspection. So many of the themes and issues touched on in Fiela se Kind are as relevant today as ever, and I hope this film offers a space and opportunity for dialogue and discussion.

What would you say or recommend to anyone maybe a youngster trying to get into the film / acting industry in South Africa today?

Do it! Follow you heart, and do it! It may be challenging at times, and it may require everything that you’ve got, but do it! It is the greatest privilege to be a story teller.

What is up next for you?

I’m currently in Kyknet’s Suidooster, playing a very different character in Anton. Doing a soap was such a phenomenal learning experience! It’s so quick, and technically, there’s so much going on all at the same time to bear in mind. I’ve also got another TV role lined up at the moment, and then from there, it’s just a matter of auditions, auditions, auditions! The Cape Town season is coming up, so it’s back to the grind again!

Is there anything that I haven’t asked that you would like us to get across in the interview?

I’d love to encourage everyone to come watch the film! It is absolutely beautiful, and a tribute to all mothers out there!

Zenobia Kloppers is the perfect choice to play Fiela 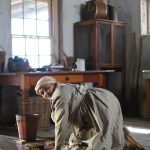 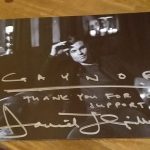