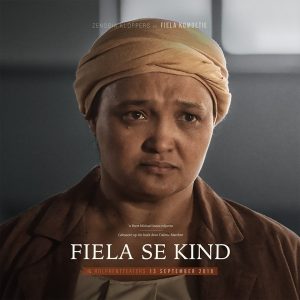 Fiela se Kind is a classic South African story and tells the story of incredible love which brings us together. It takes place in the 1890s and tells of Fiela, a coloured woman in the Klein Karoo who finds a white toddler on her porch. She raises him as her own child. Nine years later he is discovered and sent to what is believed to be his original family. The story, which plays out over 29 years, follows the journey of Benjamin, a boy who has two names, as well as the stories of Fiela and Barta, the women he calls Mom.

Industry stalwart Zenobia Kloppers is an actress, singer, vocalist, voice artist and writer. As mentioned on her website, Zenobia has depicted numerous dramatic and comedic roles and played a wide variety of characters on stage, television, film, radio, and in music theatre productions in South Africa and abroad. She has a passion for exploring and telling the all too often forgotten or overlooked stories and histories of the indigenous peoples of Namibia and South Africa. She is perfect for the role of Fiela.

You’re bringing us a new version of an old story. Could you tell us a bit more about that?

Basically what happened is Brett Michael Innes  (director) was very attracted to the story from a young age so when he got the rights for it, he went to the novel again and read it a couple of times and wrote a script based on the things that touched him. So it’s the same story from a different perspective. You have to also think about the fact that 30 years ago the film techniques were very different from what we have in the modern day. So there already there’s a change in terms of how you would perceive this movie in terms of watching it.

You’re not new to the role of Fiela because you’ve done it in theatre. How different or similar is it to doing the two aspects.

Just to create some context I did it ten years ago in 2007 on stage and then recently I replaced Shaleen Surtie-Richards for two weeks at Carnival City and it was almost like it was meant to be, it put me back into her body, into her shoes again to be able to get the physicality of Fiela. Playing her for film is a very different thing. You can’t play as big for film. In theatre you’re throwing your energy out to fill an entire theatre. So for film you’re allowed to be a lot more subtle. Brett is a very subtle director so he wanted things to be like that.

Don’t come with any expectations because it’s going to be different from the previous one. It’s a different side of Fiela that people will see.

I’m interested in the golden thread of humanity, which is to celebrate people who influence humanity.

If I’m understanding you correctly you’re talking about the relationships between people and communications and love. I think we’re all bound together in this country. The very soil under our feet binds us together. There are more similarities between us than there are differences. With Fiela se Kind, the essential thing that comes out for me here, is there’s a motherly love and there’s a love despite the colour of your skin. And identity, where you belong. A little white boy taken in by a brown woman or a coloured woman and she loves him because he’s a little boy. He doesn’t care what skin he is and he accepts, his inner family is the only family he’s ever known. You don’t look at yourself the whole day and go oh I’m white, oh I’m coloured, oh I’m black. How you think about yourself is what you see around you. So in essence Benjamin is brown. He’s a brown boy who happens to be white. That is his family and where the love is. The story speaks very strongly about the boundlessness of love and it’s such a silly thing to be separated from other people completely based on the colour of your skin. There are a lot of things that keep us apart but it doesn’t have to be skin colour.

You’re a classically trained singer, voice artist, how do you combine all these threads to work together?

As an artist in South Africa you have to do whatever you have to do to survive. It’s not a very easy career choice because there’s not a lot of stability but you do it because you’re passionate about it and because you want to contribute something to the wider world really. You want to make life lekker every day. Something worth living for. I do what I can and what I love. If acting comes along I do that and I love it. Then when I get something that involves singing, I’m planning a new singing show now, it’s like I’m into that now. It will be early next year. Please just keep an eye on my social media for more info. There are a couple of series that I’ve been doing for the last couple of months, to keep busy. I can’t say anything yet about it but we’ll put a lot of stuff on social media when it comes out.

You originally come from Namibia, do you do roles that highlight Namibian and South African stuff?

My mother is South African, she’s actually Cape Tonian. My dad’s father was from Genadendal so we have a great connection here. I came to study here after matric in Cape Town and stayed because of more career opportunities. We’re all doing our part to keep things going. It’s so important as artists to support each other. We’re all trying to do something meaningful in this industry.

Is it your first time working with Brett?

Yes. The experience is immensely gratifying. He’s a superb human being and an extremely talented director and writer. He’s written the script for Racheltjie de Beer. What a talent and a beautiful director. Without him, Fiela – just for me, I – there are no words. Thinking back on the experience of doing Fiela with him as a director and he just really carried us all within the palm of his hand. A wonderful visionary.

The film touches on so many things and every single person in the theatre will be touched by something different, depending on their background and what they’re going through in the climate of their environment at that time. So that is what makes this film so incredible. Everyone is going to take away something and it’s not always going to be the same thing. It’s based on a story that was written by an amazing writer, in the 80s, and it covers something that actually happened in the 1890s and it’s still relevant. You would think we would learn. 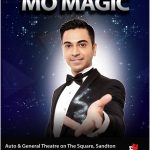 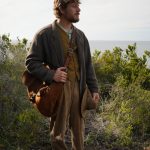