If you haven’t had the chance to catch Rock of Ages yet, make sure you do so this weekend.

Zak Hendrikz appears as Lonny and doubles as the narrator, keeping the fast paced action moving. There’s something for everyone here. If it’s a story and a play you’re after, it’s there. If it’s a musical you need, it’s there. And if it’s good traditional rock, it’s there in spades.

WonderBoom lead singer Cito plays the rock god he is in Stacee Jaxx, a rather self absorbed rocker. But there the comparison ends as Cito himself is one of the most likable, down to earth stars in showbiz.

This was our first look at  2017 THE VOICE – SA runner-up Josh Ansley (as Drew) and we hope we see a lot more of him. He and Jessica Driver a relative newcomer who shone in the recent production Born To Perform created the perfect balance of music, tension and character growth to keep us entertained and on the edge of our seats.

It’s nothing short of a privilege to see South African stage veteran Craig Urbani, of London’s West End fame (The Buddy Holly Story / Thoroughly Modern Millie / The Royal Variety Show) as Dennis. We rather enjoyed the dynamic between him and Lonny – particularly one scene which I won’t spoil by giving details!

The entire ensemble are highly qualified, professional and gel together perfectly. I was particularly moved by the powerful voice of Lois du Plessis as 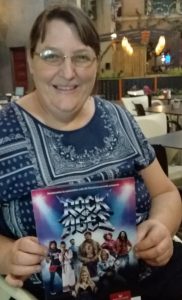 Justice.  Her Facebook bio reads:  actress, singer and lover of all dance. Advocate of grace, passionate about people and languages. Lois tags herself as #Imsuchablessedgirl. This passion comes across in her performance.

Act 2 starts with The Final Countdown, and it really IS the final countdown now as there are only a few shows left. Don’t miss it!

There’s a fabulous rendition of “Don’t Stop Believin'”, and this is fitting, as this is a song done by Journey, and this show DOES take you on a journey. A most enjoyable, entertaining one.

There’s nothing not to like about this show. Go expecting a teeny bit more dialogue in the first half than there is music, and I’m not that keen on fake American accents, but if you’re gonna get anyone to do it, get this talented crew.  South African theatre, music and arts are alive and well and flourishing.

Perhaps the best way to sum it up is in the words of our 18-year-old son, Brandon: Those are some very talented people and the music is great!

Added bonus: Montecasino has generators and won’t be affected by loadshedding. And they’re also showing all four rugby quarter finals – make a day out of it, watch the rugby and then head on over to  Rock of Ages. 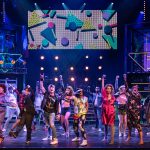 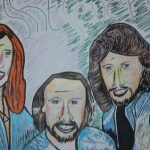