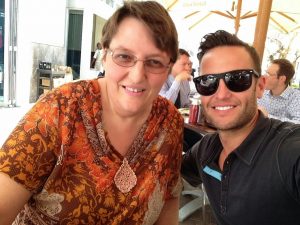 He is described as a highly acclaimed international classical/crossover tenor and he  will take you on a heart-warming personal musical journey encompassing his love for all music styles, most especially classic, theatre, jazz interspersed with well known pop numbers. He’ll perform together with Cito from WONDERboom and British Diva vocalist Alison Ward. The audience will be treated to instantly recognisable hits like You Raise Me Up, Nessun Dorma, I’ve got you under my skin, New York New York, Desperado, Rocket Man, Your Song, This is a Man’s World, Ave Maria and The Prayer to name but a few. 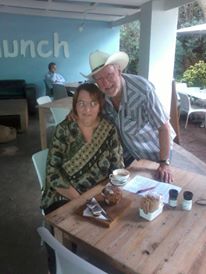 Lance James is a versatile, bilingual performer who specialises in Corporate functions, Concerts, Dances, Barndances, Weddings, Shopping Centre promotions, and In-store promotions. He is considered as one of the top entertainers ever in South Africa, and has an excellent rapport with his audiences.

Winner of six SABC Sarie Awards, a “Loony’s Award” for his contribution to entertainment, plus an Honorary Award from ATKV Centurion, Beeld and Pretoria Afrikaanse Sakekamer for his contribution to Afrikaans music. Lance has appeared in many top Television Shows, is a well established Master of Ceremonies, as well as a well known Radio Broadcaster, currently broadcasting on Radio Today.

As with all my interviews, it was so interesting how this meeting came about and I’m so glad it did! For some time now I’ve done some work for the same radio station which airs Lance’s show Keep It Country, Radio Today Johannesburg, but I’d never had the opportunity of meeting Lance. However, I emailed Lance one day requesting that he played the music of Carly Ritter on his show for me – which he listened to and loved – and I asked him whether he’d mind being interviewed on Pop Speaking. SUCH an exciting moment for me as Lance James has been a legend in country music for over 55 years!!

Cito talks Peace Starts, We Believe in You, WONDERboom and more. 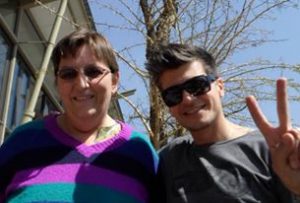 Immediately when I sat down to chat with Martin Cito Otto (Cito) of WONDERboom, I concluded that part of the greatness of this man is his humility. He is inspiring without being aware of it. He’s well known without having

courted fame and it came about because he did and does what he is meant to do. He is quietly going about his way making one hell of a difference in the lives of those around him and the greater public.

You’re the founder of thePeace Starts  movement.  What’s that all about? That looks so awesome. You’ve got so many people performing at this event.
Peace Starts is an organisation I started about eight years ago that solely promotes the International Day of Peace (21 September) which was initiated by the filmmaker Jeremy Gilley who has an organisation called Peace One Day. The motivation for him was he was doing a documentary about world peace and if it was ever attainable and while he was doing this documentary he realised there was a greater cause that he had a calling for. A friend of mine showed me this video by Peace One Day and when I saw it I was completely bowled over and I decided to dedicate my life to promoting the international day of peace in South Africa and using music events to draw  attention.
Read more 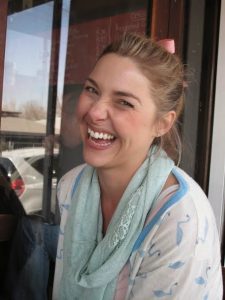 There’s nothing I love more than being able to interview someone young, vibey and up and coming and I got just that when I got the chance to interview SA’s up and coming golden girl Suzzi Swanepoel who has just come out of Season 1 of Sterlopers (Kyknet) in which she played one of the leads, Isabel Richter.
She has also just released her single Ek Probeer which you can download free on SoundCloud!

You got into Idols a few seasons back – was that your first big exposure, getting publicity or getting known out there?

Yes, because when you do theatre people don’t necessarily recognize you. It’s mainly TV actors and celebrities who are in the media so ja,  Idols was definitely my first taste of life in the spot-light
It was quite hectic. I was young, only 24, when I did Idols. I didn’t really know who I was and how I wanted to represent myself. Now that I’m 29, I have a much clearer idea of who I am and what I want to do with my life

Working with guys like Randall Abrahams … Randall must be quite a tough one.

He was, but he thoroughly enjoyed my singing, I just don’t think he quite enjoyed the person I was. But that’s also okay, I am one of those people, either you like me or you don’t. You can’t be everybody’s cup of tea.

You know how sometimes you’re just travelling around the internet and you find the most incredible site and you think, “I have to DO something with that?”
That’s exactly what happened to me with Alterna Comics.

Alterna Comics was created by president and publisher Peter Simeti on January 4th, 2007. Alterna has published a variety of genres, including but not limited to: horror, sci-fi, suspense, humor, superhero, children’s titles, and fantasy/adventure.  Alterna Comics titles are currently distributed through print by Diamond Comics Distributors and Partners Book Distributors and through digital by Comixology, Drivethru Comics, iVerse, and My Digital Comics. 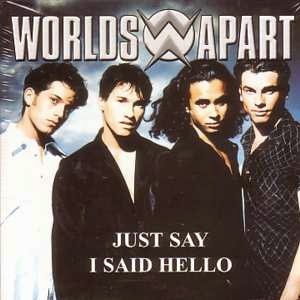 A Chat with Nathan Moore

We were so lucky back in the 80s. We had so MANY class acts to choose from. I mean if you look at Wikipedia’s article about 1988, we can see that among many others, albums were released by the likes of David Crosby, Lou Reed, Simply Red, Depeche Mode, Madonna, Deacon Blue.. we were spoiled for choice!  I often feel sorry for today’s kids. It seems it’s either Justin or Miley (twerk)

One of the fabulous talents of the day and one of my pinup heroes (I am so privileged to be able to chat one on one to someone who helped make it amazing to be a teenager in the late 80s), first as a member of Brother Beyond, then in Worlds Apart, isNathan Moore.  With hits like The Harder I Try and He Ain’t No Competition, Nathan was a big part of a soundtrack to a fun and carefree life. Back in 1988 South Africa behind the ‘wall of apartheid’, it was inconceivable that one day I could be talking to my heroes. (I love the internet!) 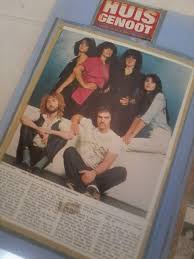 Catching Up With Ingi from Clout!

Any South African who listened to music in the late 70s or early 80s, or who had parents who did, knows of the South African all girl band Clout.  Their biggest hit Substitute reached number one in South Africa, Australia, New Zealand, Germany, France, the Netherlands, Sweden, Austria, Denmark and Belgium. Substitute was held to the #2 slot by the #1 “You’re The One That I Want”, from the hit musical film Grease on the UK Singles Chart and this success was followed by other major hits including Save Me, You’ve Got All of Me, Under Fire and Portable Radio.
The original five members were Cindy Alter, Lee Tomlinson, Ingrid “Ingi” Herbst (now Brough), Glenda Hyam and Jenni Garson. I met with Ingi to chat about the band days and catch up! 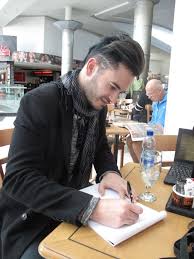 Daniel Baron is one of South Africa’s up and coming young super stars! (not to mention very handsome!) It’s great fun and a huge privilege to chat to him here on Pop Speaking! He is an award-winning, chart-topping singer/songwriter and performing artist who achieved an astounding 8 radio hits off his debut album ‘It’s Time’. He took the time out of his schedule to chat to us.

What got you started in music and who are some of your influences and favourite artists?
Music has always been a part of my life. My parents are music lovers as well. I started playing drums at the age of 7. As regards influences, they are vast but some of them are U2, Michael Jackson, Elvis Presley and Jim Morrison.
You recently filmed the video for Crazy Beautiful World. Tell us about this experience and what is the song about? The video moves around and really fits in well with the song.

It was an incredibly fun video shoot. We went to the mine dumps in Joburg city and it also includes footage from my Joburg Day appearance in front of 30000 people. ‘Crazy Beautiful World’ is about how we sometimes get caught up in our complicated lives and forget to appreciate the simple beauty in our world.